The Future of the Industry: How a recession will impact the development of self-driving cars 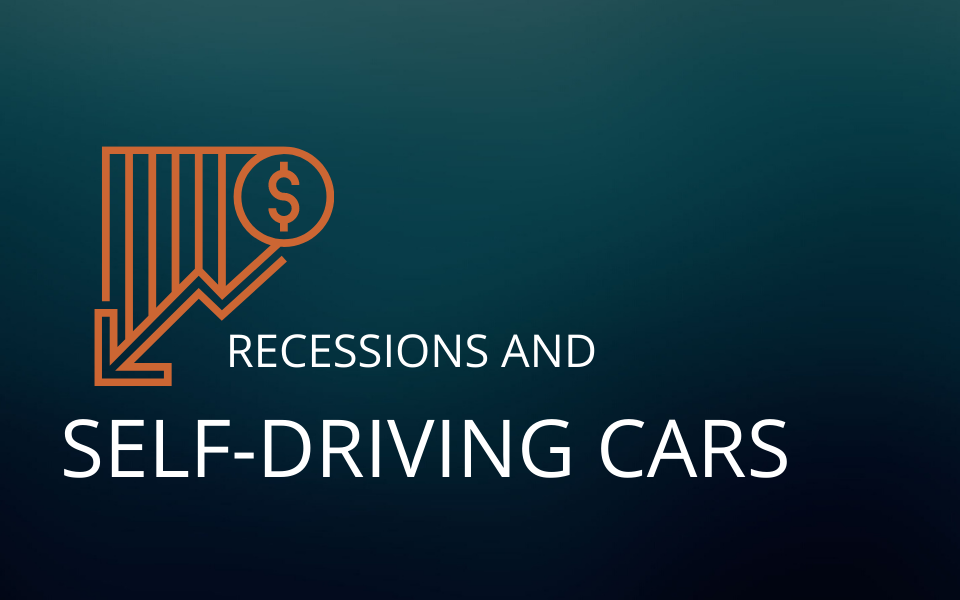 Many market analysts are questioning the stability of our current economy and predicting a recession following the past nine years of GDP growth. Forbes has even gone so far as to say a recession is overdue by 4.5 years, a big claim. Realistically, no one ever knows for certain how and when the market will change, but we can assume a recession is inevitable eventually based on historical precedent. If, as predicted, a recession is upon us by 2020, we wonder about the long-term impacts on the development of self-driving cars and what we found may surprise you!

Recessions are nothing new. In a paper published by Lund University evaluating how the financial crisis of 2007-2009 impacts research and development, researchers found the economic downturn had little to no impact on R&D expenditures. Additionally, Automotive News explored how the ‘08 crash caused a measurable boom in innovation and helped dealers mold their operations to better withstand future downturns. The surprising consensus is this: tight times trigger massive innovation.

Given autonomous vehicles are the next big thing, it seems likely that the development and research would only intensify during a recession, especially since most companies researching self-driving vehicles have a massive market share and profits. Companies like Tesla and Google have already reached a tipping point in the development of autonomous technology and are really just honing the technology and waiting for legislative changes. The path is clear, self-driving cars are on their way to market and a recession might only speed the journey to mainstream usage and availability.

Do you agree? If you liked this post, check back for more of our Future of the Industry series. Thoughts, questions, or opinions? Get in touch!