The Future of the Industry: Self-Driving Setbacks 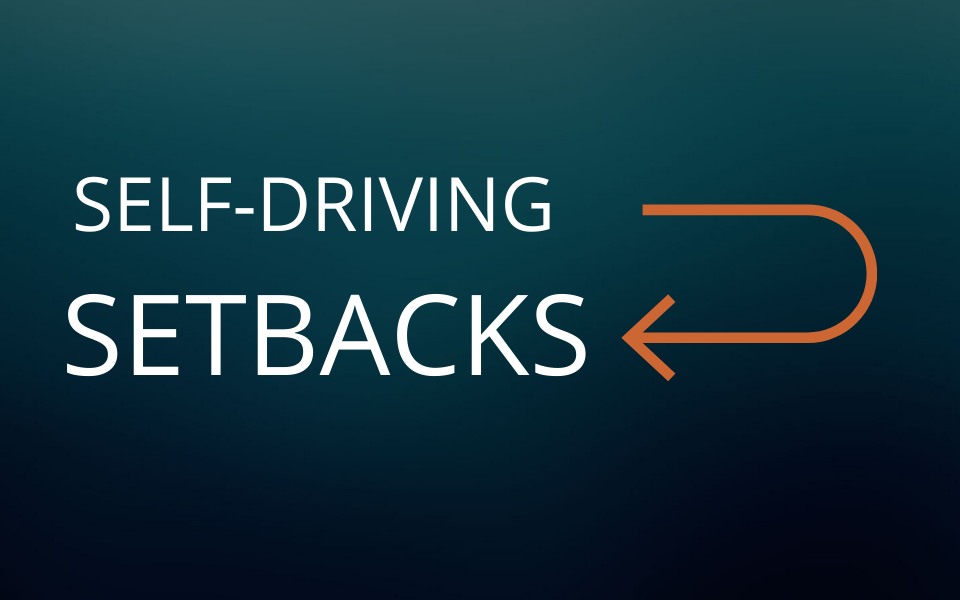 Recent accidents have caused consumer distrust and major setbacks for the self-driving car industry. An accident in March killed a pedestrian in Arizona, prompting the state to barre Uber from testing their autonomous vehicles on public roads. Another fatality in a Tesla is being blamed on the auto-pilot system, although Tesla warns drivers never to fully depend on the feature. Will these accidents cause delays in the development and launch of autonomous vehicles?

Although the technology is close, no self-driving developer claims to have all the kinks worked out. That’s why, both in the case of the Uber and Tesla crashes, driver negligence was at the root of the problem. As a matter of fact, there have been many more non-lethal accidents as a product of drivers relying too heavily on automatic features. In one case, a San Francisco man used his Tesla autopilot feature when he was more than two times over the legal alcohol limit, resulting in his arrest and a DUI charge. One common thread in all the accidents is the driver’s unwillingness to take responsibility, blaming car manufacturers for faulty technology.

So what’s the solution? We’re in an obvious transition period where cars are mostly self-driving so drivers pay less attention, but because the technology isn’t meant to be relied on fully, accidents happen. Car manufacturers risk PR nightmares and lawsuits, while drivers risk safety under the illusion that the technology is already smarter than them (it’s not). Who’s really responsible here- drivers or manufacturers? Manufacturers claim that drivers are completely

responsible as they have extensive warnings and sensors to assure a driver is present and attentive, while drivers claim manufacturers are to blame for making technology that is, for lack of better terms, incomplete.

The recent accidents can be undoubtedly attributed to user error, but it’s impossible to deny that autonomous features can lull drivers into a false sense of security. With growing knowledge that users will abuse or rely too heavily on the technology, manufacturers have the responsibility to safely implement this technology, even if that means missing out on some flashy new feature profit.

Thanks for dropping by! If you liked this post, check back for more of our Future of the Industry series. Thoughts, questions, or opinions? Get in touch!